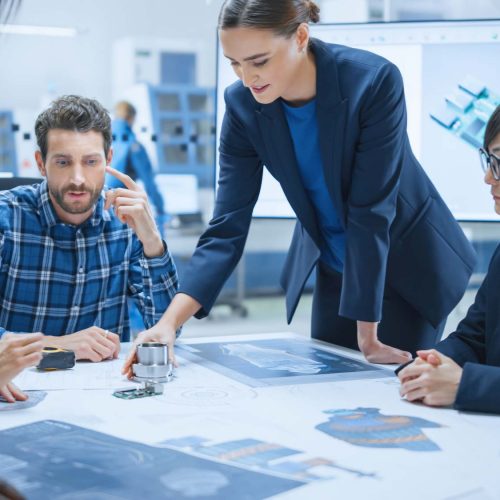 Cybersecurity incidents make the news all too often. From individuals who are conned out of their savings, to large corporations and government departments being hacked and having their data stolen, or worse – damage and disruption caused to critical infrastructure. These attacks vary in sophistication, but all use a fairly small set of techniques used to either trick individuals into exposing personal information (usernames & passwords!) or exploiting known security weaknesses in target systems.

If it appears that security breaches are increasing – that is because they are. The number of attacks, and the financial damage, have increased by more than 10%, year on year.

Why do hackers do it? The vast majority of attacks are financially motivated for example, fraud or extortion. Some are simply nasty pranks.
Some are more sinister such as  Nation States being engaged in constant, silent cyber warfare.

Dukosi’s customers are not immune to attack – consider two of our target markets – automotive and energy storage.

Cybersecurity weaknesses in Cars hit the news in 2015 with the Jeep Cherokee hack (www.wired.com/2015/07/hackers-remotely-kill-jeep-highway) when security researchers demonstrated how to gain control of a car while it was being driven. They took control of vehicle systems including brakes, steering and acceleration. It doesn’t take much imagination as to what could happen in the hands of a malicious attacker. A fatal crash on the freeway. Maybe an email from the hackers: pay a ransom and we’ll unlock the car we’ve taken control of…

The automotive industry has taken notice, and a standard for Cybersecurity Engineering in Road Vehicles (ISO 21434) is scheduled to be published this year.

Energy storage systems are considered critical national infrastructure – especially those connected to national grids, which steady the flow of energy between renewable energy generation and the grid. Power grids are an obvious target for hackers and most, if not every, country on the planet has plans in place to protect them from that threat. This includes following a standard approach to Engineering solutions. IEC 62443 has been used for over a decade to guide how to develop IT & communications equipment for use in Industrial Control Systems, and is a requirement for cybersecurity in Critical Infrastructure (including the Grid).

How do these apply to Dukosi? Our products include an intelligent, networked approach to battery management and control. This is a key component in Electric Vehicles (including Hybrids) and Energy Storage systems. We have a requirement to make our products secure and defend against attempts to use battery systems as a point of attack! Footnote – Dukosi’s products are a small (but vital) component in very complex systems, sure to be overlooked by hackers? Absolutely not. Sophisticated cyber attacks ‘follow the supply chain’ looking for a way in. The supply chain is only as cyber-secure as its weakest link.

In our product development, Dukosi follow Cyber-Engineering principles embodied in the standards for both Automotive and Industrial energy storage:

* Organizational Cybersecurity – to maintain a strong defense of internal IT systems, keeping a tight lid on design material that could be used to find a weakness.

*Product Cybersecurty – analysing potential threats to our products in the field, and designing defenses against them

*Response – monitor cybersecurity trends, and potential weaknesses in our suppliers, so we can alert our customers and provide updates to guard against emerging threat

Menu
We use cookies on our website to give you the most relevant experience by remembering your preferences and repeat visits. By clicking “Accept”, you consent to the use of ALL the cookies. However you may visit Cookie Settings to provide a controlled consent.
Cookie settingsACCEPT
Manage consent

This website uses cookies to improve your experience while you navigate through the website. Out of these cookies, the cookies that are categorized as necessary are stored on your browser as they are essential for the working of basic functionalities of the website. We also use third-party cookies that help us analyze and understand how you use this website. These cookies will be stored in your browser only with your consent. You also have the option to opt-out of these cookies. But opting out of some of these cookies may have an effect on your browsing experience.
Necessary Always Enabled
Necessary cookies are absolutely essential for the website to function properly. These cookies ensure basic functionalities and security features of the website, anonymously.
Functional
Functional cookies help to perform certain functionalities like sharing the content of the website on social media platforms, collect feedbacks, and other third-party features.
Performance
Performance cookies are used to understand and analyze the key performance indexes of the website which helps in delivering a better user experience for the visitors.
Analytics
Analytical cookies are used to understand how visitors interact with the website. These cookies help provide information on metrics the number of visitors, bounce rate, traffic source, etc.
Advertisement
Advertisement cookies are used to provide visitors with relevant ads and marketing campaigns. These cookies track visitors across websites and collect information to provide customized ads.
Others
Other uncategorized cookies are those that are being analyzed and have not been classified into a category as yet.
Save & Accept
Powered by